I think I need to skip one holiday a year (mentally, I mean--for self-preservation). This year it's Halloween. I didn't put out a single decoration. I had lofty ideas, sure, but they got stuck in the brain maze. Not sure if it's the cleaning or cooking or laundry or soccer or ballet or carpool or grocery shopping or working or Madonna concert attending, most recently, but my energy level is bleak. I managed to crank out some rad costumes for the chickens, but that's where the festivity ends for us. And I'm OK with that. *adds  "slacking" to the list above*

On to the costumey fun and budget breakdown!

The kids decided "Star Wars" was an appropriate theme. The big girl, E, asked when they could stop dressing in group costumes. I told her that would happen when I stopped being their mother. SNAP/BURN. What is the pay-off of having a gaggle of children if you can't parade them around when the creative whim strikes? 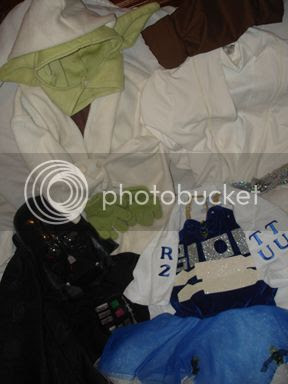 E is to be Leia. She had a full-on crying fit when she saw herself with Leia buns using her actual hair. I personally thought they were BEYOND awesome, but Mom's opinion matters not at all to a tween. YAY for the interwebz because I found Min Woo's flickr page after googling "Korean bathhouse towel wrap." I will spare you the details on how I determined those keywords in combination.

^No, I do not read (or write or speak or understand) Korean, but the steps are explained visually. If we had a dog (sniff), I'd totally Leia-fy him or her as in this pic. Since we don't, big girl E will have to do. I thought she'd cry more about the head-wrap than the actual hair buns, but no. This ridiculousness was acceptable (brown broadcloth, $5.99 for a yard). To complete her ensemble, we added a white robe (Target, $22), white turtle neck (Target, $8--and will be used again under school uniform on chilly days), and sequin belt (homemade with sequin trim and a set of D-rings from Hancock Fabrics, $5). Oh and boots. I refused to spend money on white boots (white boots are never the answer, and especially not after Labor Day and before Easter), so brown will have to do (not pictured; $4 after Amazon promotional credit, online coup code, and Visa points).

The baby girl, Lil C, is Yoda. I mean, she's Yoda on the daily on the inside, but for Halloween, she's Yoda on the outside too. Her trick-or-treat bag is probably going to be bigger than her, but that's cool because, as we all know, "Size matters not." A friend graciously hand-me-downed this one when she heard of the gang's Star Wars plans. We added little green gloves from the girls' dress-up box. Because Yoda. Total cost = $0.

I left the middle girl, V, for last, because her costume rocks the hardest. She is so fierce with her fashion choices. That girl has confidence out the wazoo. She decided to be R2TuTu. We used an old recital costume of E's and some glittery foam for R2's control panel and called it good freakin' faboosh with a total cost of under $10 for the t-shirt, decals, and foam. Personally I would have gone less literal (no "R2 TuTu" on the shirt sleeves), but V is all about branding. I did some hand-stitching to keep the control panel and decals affixed.

Total awesome: You tell me because I certainly can't be objective. See you in the comments!

P.S.--If you're hoping for an update on the robot room... well so am I! The art that is going to MAKE THE ROOM has still not arrived. Stupid international shipping grumblecurse.
Posted by MBG at 5:00 PM 1 comments

My dear, talented friend EB from Bluestocking Ball is now a published author! Once a Duchess, a Regency romance about divorce (!!! SCANDALOUS!), has been available on pre-order for a bit, but today it is available for download! 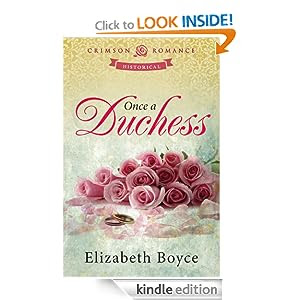 You can click to buy from Amazon here. Also check out the fantastic reviews here.

I've had the privilege and pleasure of reading this book. It's a good 'un! And, score, Amazon gives it a sensuality rating of sensual. Me-ow.

Have you ever wanted to lick a wall? This is what Valspar's Reflection Pool in semi-gloss has done to me. 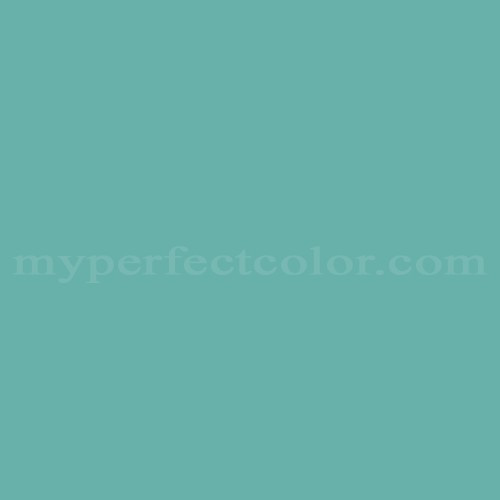 The first coat is up! I had major anxiety about painting--PTSD from the ballroom blitz paint job--but then my amazing friend Sare said, "But I heard of this girl. She painted a WHOLE BALLROOM in a weekend. By herself!" Damn freaking straight, she did. So after baths, BG put a movie on for the chickens, and I found my painting groove.

This room was CAKE compared to the ballroom... Delicious cake a girl could dive right into.

Last week I showed you all various accouterments and asked if you could imagine the plan we had for them. It's time to unveil the masterpieces.

The middle beasts, V and W, share a room. They need a room makeover something awful (see piteous BEFORE below), and they're about to get it. 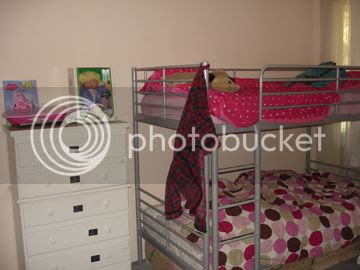 At present, they have peach walls (shocking! /sarcasm), mismatched bedding, and absolutely no coherent design plan.

That is all about to change, and the theme is to be ROBOTS.

I am generally anti-theme (in the same way I am anti stars and hearts. It's black and white.), but robots appeal to both these kiddos, and I knew they'd provide some good inspiration for art and colorways.

Our jumping-off point was etsy. I scoured shops for fabulous robot prints. I ordered the two that spoke to us (V and W's buy-in was key!) and moved on to bedding and lighting. But then, one random Saturday, I searched pinterest for "robot room." Someone had pinned this from Disney's family fun site.

WINNING, amirite? So the Gs got busy with tin cans, wire, and other awesome and came up with our own robot family. 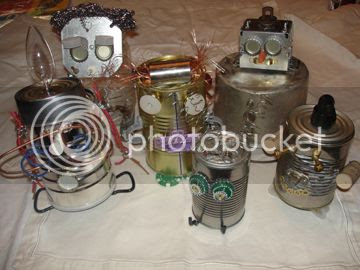 Each of our robots really represents its maker.

At the far left we have our big girl, E. She loves sporting her glasses, so copper-wire spectacles were a must. The lightbulb on her head represents all her big ideas.

Next to E, with the gold can, is V. Even in a sea of siblings, that girl finds a way to stand out.

The teeny can with the wire ringlets is Lil C.

At the far right, we have strapping lad W. You can't tell so much from this pic, but he is on wheels. He pretty much rocknrolls his way through life, so it's fitting.

In the back row to the left, we have BG. His vessel is clear, and we plan to make it the family coin bank. He does love money.

And to the right is yours truly. My body dismorphia comes through even in my robot art. Sadly, I look like a snowman. What isn't pictured are the eyes in the back of my head.

Soon (I hope), we'll have the G family of robots up on shelves in the made-over room for the middles. Stay tuned--and patient--for updates!

The whole family worked on a project today. Here's a sneak peek. 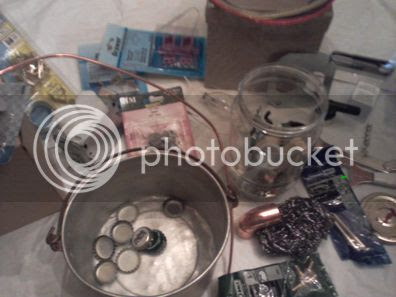 This morning started out as many of our Saturdays do. Unless our big girl has a soccer game, I wake up ready to tackle lawn maintenance. Every weekend, BG and I clock at least some time out there. Our routine is pretty tight with basic mowing, weed-eating, edging, and cleaning up taking us about two hours if we work together.


Today, though, between the mowing and the edging, I had to break for a hit of first aid. In my attempt at mowing as much as possible (to spare BG the horror of extra weed-eating, which is the most reviled yard task), I got into a tangle with a giant briar bush that grows along the back fence. 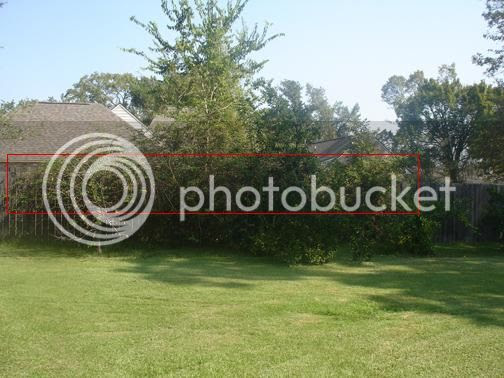 ^See that red box? That is all briar bush. It's taking over a satsuma tree, two lime (or something) trees, and is allowing a ton of junk trees to grow near the fence because we are not able to get in there and chop them down.

These things are built for violence. WARNING: The following photo may be too graphic for sensitive viewers. 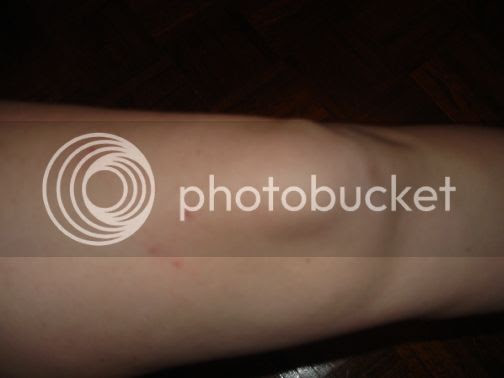 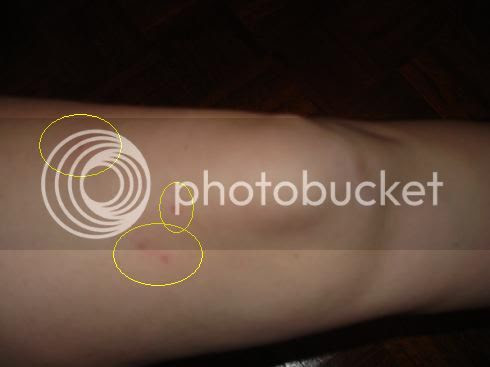 The briar bush thorns engaged with my thigh (no jokes about providing ample surface area, por favor) and clung steadfastly as I attempted to pull away from their grip. The four little holes are now puckered and sensitive. Owie.

Anyway I asked BG if he was ready to go out there and kick some briar bush tail--to DEFEND HIS WIFE'S HONOR--and he totally was. And then our chainsaw crapped out. The briar bush isn't sparing any punches. I don't know what sort of voodoo it cast on our chainsaw, but we didn't see it coming.

Since we were outside anyway and motivated to work, we tackled a few old flower beds that have been overtaken by vines and weeds. BG dug out root systems, and I hauled limbs to the street. But don't worry about my leg--I only limped when BG was watching.

We gave it a shot, right? The Gs didn't make it into Mandi's top 10 for the epic makeover contest, but there are some really great entries up right now.

Thank you for all the support and votes and blog traffic! Even though we won't be Mandi-fied, I feel my creative mojo creeping back in.  I'll of course keep you guys posted on our every move.
Posted by MBG at 8:20 AM 1 comments

MBG
MBG is a 33-year-old mother of four and wife to one. She works for a defense contractor. On the homefront, she has battled weapons of mass destruction such as dirty diapers, poison ivy, and her husband's expensive hobbies. Email: weboughtaproject@gmail.com